Central City Winter Cask Festival 2015: In BC I would say this is one of the larger cask events that is offered, this particular one featuring 39 casks from 37 breweries which is kind of crazy when you think about it. The Winter  Cask Fest is held annually in January at the Central City Brewpub location in Surrey, BC from 11am to 6pm and this was my second appearance at this event. Note, they also have a summer version which I always seem to miss due to camping or some other travel. I enjoyed last years’s so much that I could barely wait this on to get going so I could work my way through as many casks as I could handle in a responsible manner. When I arrived, I stood in fairly long line that thankfully moved very quickly amongst other craft beer enthusiasts and quite a few notable brewers who for once got to enjoy the event because all of the beer was being poured by volunteers and the brewpub staff. This location is also conveniently located by lots of public transit, including our Skytrain which makes for safe travels home. I however, was fortunate to get a ride both ways to and from.

Overall Impression of the Festival: The amount of selection was almost overwhelming at first, but they planned for this by giving out a map and by organizing the casks by general style (see the map above) so it was easy enough to navigate through with preferences and breweries to try in mind. I love this event, the vibe is excellent, the live band was decent, the casks were very well managed as far as I could tell and it was honestly hard not to have a good time at this place. I believe they sold out of tickets right before the event started so it was crowded but not overcrowded which made moving about fairly easy, thankfully without a lot of beer spillage or bumping into people. This is really important to me, I don’t like standing in line for beers or pushing through crowds of drunks (those days are over for me). I can always appreciate when a festival doesn’t overfill it’s location, instead focusing on people having a good time which is great. I even overheard Central City co-owner and brewmaster Gary Lohin chat with some of the staff about the great vibe of the place which is one of the reasons I’ll be back again for sure and likely even work one of these events next time as a volunteer – once I dig up or renew my Serving it Right certificate anyway.

Here’s the crowd level, busy but not over crowded.

Cost of Event / Value For Money: Entry cost was $30 + tax which came with a taster glass and three tokens included in the price. The food was menu prices, my pulled pork poutine was $12 and extra taster tokens were $1 each which is about as low as they get. I got an extra 25 tokens, ordered food and probably spent a total of $70 on the event. Considering the quality of the beer, the service, the vibe and the selection I was very please with value for my money spent. I mean some of the beers here normally retail for $12+ dollars for a 22 oz bottle, so I was more than happy to pay $1 for a 4 oz sampler.

Best in Show: There was a lot of really good beer at this event, many different styles including some sours that I avoided only because my stomach doesn’t handle mixing and matching sour beers with other beers very well (yes, I learned this the hard way). Looking back at the event, two particular beers stood out as my true favourites because of their innovation and great flavour – those would be Brassneck Spirit Animal Bourbon Barrel Aged Barleywine with Brettanomyces and Bomber Brewing Old Fat Heater Ale Aged on Toffee (as pictured below). Both of these were quite unique, flavourful, in my opinion extraordinarily innovative and damn hard to get right so kudos the the brewers on these ones. Honourable mention goes to Parallel 49 for their Russian Imperial Stout which was a crowd favourite, was pretty great tasting as well and has just hit the local shelves.

Other Highlights of the Event: As usual, these events bring out the craft beer loving crowd which always seems to be friendly and focused on simply enjoying craft beer and having a good time (douche-bag free zone). Interestingly enough, as hinted in the title there were lots of brewers here drinking the beer and chatting with each other as well as the guests at the festival. You know you are at an event that is well respected when the brewers come out, stand in line to get in just like everyone else and then proceed to go drink the beer amongst their customers. I chatted with a few of them here and there, learning some interesting things about beers that they have on the go and talking about beers that I really enjoyed. It’s great to see them out there talking to their customer base and likely coming up with a few collaboration ideas down the road when chatting with each other. I was happy with my food, I got to meet a few fellow bloggers and twitter friends in person which was great and once again I was left with a great impression of the BC Craft Beer scene and what must be a bright future.

Dissapointments: More time to sample, as if 7 hours wasn’t enough? I can’t think of much to be honest, I mean getting food was a slight challenge, however I was impressed how the servers managed to find everyone who ordered food so they handled it really well with smiles on their faces. This event had a bit of everything you could want in a cask fest like this so really I have no complaints here at all.

Other Pictures From the Event:

Here’s my chronological beer experience of this awesome cask fest, I made it through 25 samples and didn’t miss out on anything I was interested in trying. 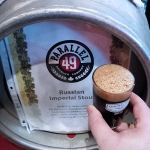 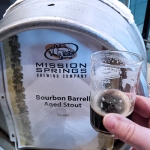 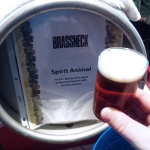 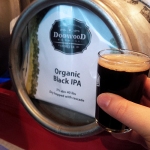