Vancouver weather went from hot to normal this past week, with a bit of rain in a few spots here and there as well as some forest fire relief in northern BC. We had a fun week which started with a local Vancouver Canadians game with work people and ended with a camping trip to Larabee State Park. Larabee is an older State Park which according to their website was donated back in 1915 to the State of Washington by the Larabee family to be turned into a park. This eventually became Washington’s first State Park which turns 100 years old next year and is located on Chuckanut drive, close to the Fairhaven district of Bellingham, WA (founded in the 1880s) which also happens to be the termination point of the Alaksan Ferry service.

In Fairhaven on Friday, we had some fantastic crepes and home made perogies for breakfast at Magdalena’s Creperie as well as some French Pressed Stumptown Coffee (OMG Good!). This place was really impressive, from design to the quality of the food, coffee and service and I would gladly return for more. Since we arrived in the early morning on Friday before we could check in to camping we decided to explore the town a bit more by heading into a neat bookstore with lots of books and trinkets, playing at the Fairhaven Village Green and walking along the waterfront Urban Geenway path, finally grabbing pizza to go from Pizzazza (which happens to be the best pizza, despite being located in a gas station – trust me on this, try it).

Due to some rain on Sunday morning, we packed up our tent quickly and headed back to town to pick up breakfast again this time at Harris Avenue Cafe. At this cafe we enjoyed some great mocha’s, very nice omelets, sausages and a pretty fun looking kids breakfast, see the pics below to get what I mean. Finally, before leaving we hit Rocket Donuts where they have real Maple Bacon Donuts and huge true Texas Donuts and of course hit up Elizabeth Station to drain my wallet and refill my beer cellar.

If you want to make a day trip from Vancouver and explore, check this place out it’s great for walking, biking, foodies, campers and craft beer lovers alike (lots of places had craft beer, including the local Haggen’s which carried some nice Firestone Walker bottles and others). I’ll write up a full trip review soon in a later post for more details on the camping piece.

Adventure of the Week:

Outdoor park and theatre in Fairhaven 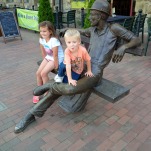 I realized after taking this picture that this guy was named Dirty Dan. 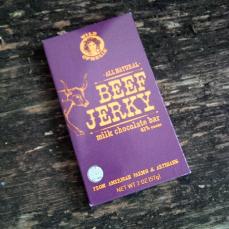 Don’t judge me, it was awesome! 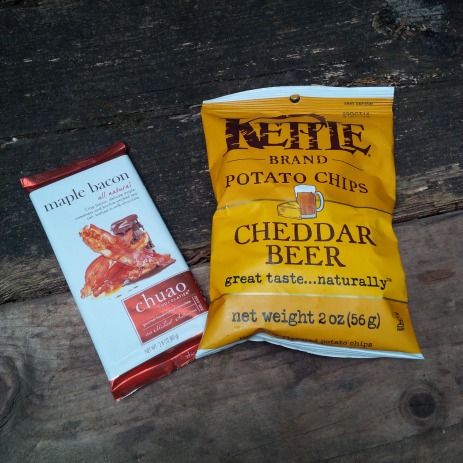 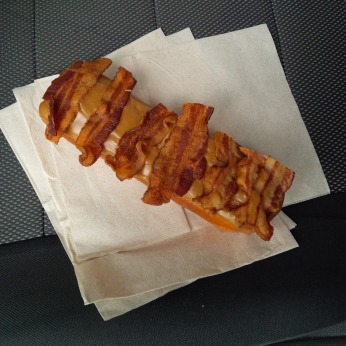 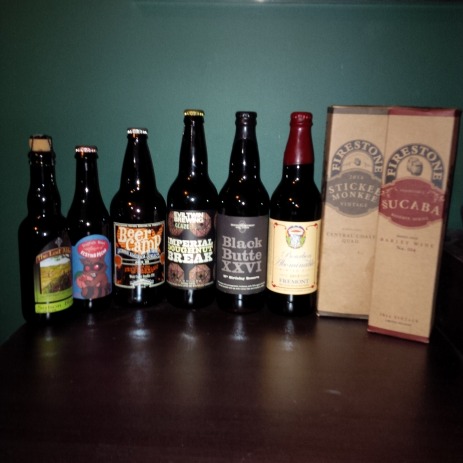 Bookstore sold these, my wife and I both picked this out for each other.