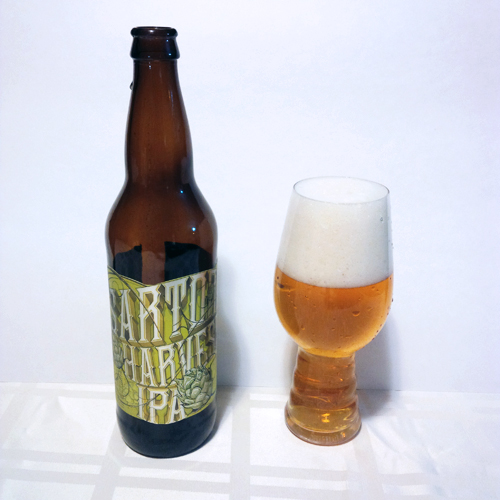 Driftwood Brewery – Sartori Harvest Fresh Hop IPA: This is the hardest beer to find in BC, it often sells out within hours and I only manged to get one as I was away when it was released in stores on September 25th. This craft beer has a lot of hype, they take freshly harvested Centennial hops from the Chilliwack Cedar Ranch Hop Farm which is located about an hour from Vancouver. These hops are harvested, trucked and ferried back to Victoria and dumped into a scheduled boil as soon as humanely possible to make this beer as fresh as possible. It is brewed at a strength of 7% abv with about 75 IBUs of fresh hops and likely you won’t find this anywhere unless there is a random find or almost empty keg somewhere.

Aroma and Appearance: It pours a clear golden colour with three fingers of foam and lots of bubbles. The aroma is oily grapefruit, some mango, floral, herbal and grassy hops, some biscuit malts and loose leaf tea leaves.

Flavour: I got a touch of biscuit malt followed by some immensely oily floral hops, grass, herbs, just a touch of caramel and a bitter ending grapefruit and pine that lingers.

Overall Impression: This beer is very intense and very oily.

Rating: I give it a very good rating of 7/10, I liked it but didn’t love it. Honestly it was a bit too oily for me but still if you find one you should buy it and try it.

Food Pairing: I wouldn’t at first, fresh hops are so unique that they should be enjoyed on their own. If you managed to buy a bunch of these I would suggest a fatty meat such as duck or spicy chicken thighs.

A few people have mentioned that they weren’t as impressed with this year’s batch and previous years – this was my first Sartori Harvest beer so I have no comparison. Some have mentioned a rough crop growing season as a potential culprit, but we will have to see when it’s compared to other fresh hop releases from local brewers.